What is the difference between computers of today and 2 decades ago?

Across the globe, technology has modified our lives significantly. Our computing machines have come a long way undergoing many phases of evolution and technologies. The long history our computers have, especially after two decades have passed, is eye opening and mind boggling. Remember the earliest experience of excitement of using the computer? And the very first time you found out how to change a screensaver on a computer and felt like a scientist? Nostalgia tends to hit us full swing to recall about how our lives have changed since the decade or two of our youth. Back in the 90’s , computers were a different story that were born to solve the numbers and not majorly for entertainment and email purposes. However today, we carry more computing power on our smartphones than was available in these early models. This clearly demonstrates how our computing devices has evolved from the basic humble machine to the device that can stream videos, play games, surf Internet and do much more that would have been quite unimaginable some twenty years ago. 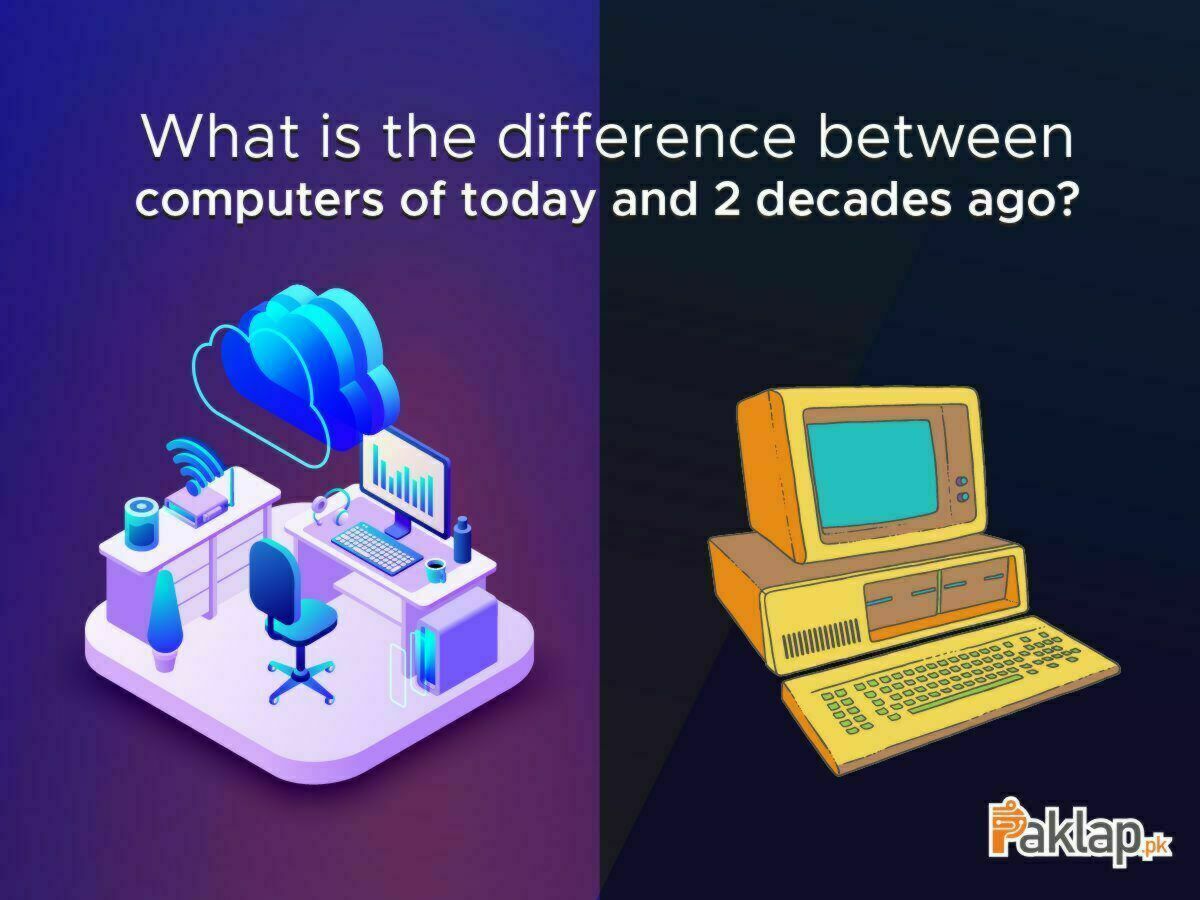 The brief history and the progress of the technologies and features used back then versus now is the living proof of how the world of computers has changed over last two decades. Lets look at the biggest difference between features and technologies of computers today and two decades ago to see how far we have come.

One of the most drastic change that has affected our computers is it’s size. At that point in time, computers were gigantic and bulkier in terms of size that would take alot of desk space. But the size of computers has dramatically shrunk over the period. Not to brag but technology today has significantly reduced to the palm of our hands. Today, the same computational capability is possessed by a hand held device that is portable and mobile.

The 4 megabytes of memory was adopted as a standard in 90’s which was subsequently superseded by 8 megabytes as a standard. Anything below 8 mbs is a poor choice as it greatly affects the performance of the computer. To simplify it further, today 4MB is about the size of a single MP3 file which was a standard memory of an ideal computer back in the day.

Data was stored digitally in the 90’s by transferring it to physical formats like discs or tapes because of the limitations of the computers of that time. Different methods emerged during the decade including hard disk drives and solid state disks for massive storage. To set side by side, one-gigabyte hard drives are common today compared with the 400-500 megabyte drives of 90’s. The advancement in the storage can be figured out by the cloud storage.

The height of communication technology back then was the fax machine and the era of fax machine was terminated with the rise of email feature. Even till date, email remains the most used communication platform for business today. Now that we've evolved a little, we tend to facilitate our efficient collaboration through Facebook Messenger and use of DMs on Twitter and Instagram and other professional websites.

We have evolved over years in this field so it’s pretty understandable to accept the fact that how you browse the Internet has been changed too. Comparing to present period, Earlier accessing the Internet was time consuming that often lead to an AOL homepage and a good couple of minutes struggling to figure out how to craft an appropriate question for Ask Jeeves but today “Google it” is the most commonly used phrase. Now browsing the Internet provides us with umpteenth choices for web browsers and more customizations of Internet speed. To put it straight, 51% of the global population regularly use the internet today but earlier, that figure was just 0.4%. Today’s computers are more than 2,000 times more powerful than those in the 90’s and cost less than a tenth of the price. It has changed the office game with it’s heavy processors, innovative graphic cards and enhanced sound system. What else can be a proof of a difference than the fact itself how some 2 decades ago, computers were exposed to the office environment majorly but presently it is an item that has taken over every home.