Be the first to review this product
Rs. 271,900
In stock
SKU
Apple MacBook Air 13" MGN93
Notify me when the price drops
Email
Skip to the end of the images gallery 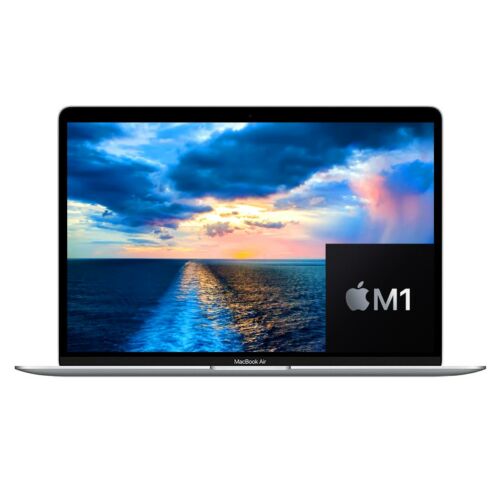 Packed with the all-new M1 chip (Soc) from Apple, the new MacBook Air MGN93 has arrived in Pakistan. It has everything that most of the users look for. M1 Chip CPU along with massive 7 Cores GPU are among its prominent specs. Further details are described below.

The Apple Macbook Air MGN93 in Pakistan has all the features that give it a premium and classy look. Starting from the outside, the things you notice first are its elegant silver color and iconic logo with chrome reflection that creates the first real impression on the Apple Laptop 2020 in Pakistan. The MacBook Late 2020 version in Pakistan has an overall all thin feel with 0.6 inches body ratio upfront. The laptop defends its price tag even from its outer look. You get a beautiful black Magic keyboard and a large trackpad along with speaker grills around the keyboard. The overall design is a representation of modern-day requirements.

The new Apple MGN93 in Pakistan, packed with the latest M1 Chip processor which offers you a remarkable 8 Cores CPU with 3.5x faster speed. This CPU makes everything on the system highly efficient. The combination of M1 with the latest OS release macOS Big Sur is iconic, which takes the overall performance of the MacBook MGN93 to the ultimate level. This step has made Apple fully independent as they were using Intel processors. 8 Cores on the M1 chip makes everything relatively faster than previous models such as editing, gaming, streaming, and rendering. 16 billion transistors with 5-nanometer technology take multi-tasking to a whole new level. Its 16 Core neural engine lets you handle 11 trillion operations per second that is astonishing.

To do all of your tasks without any interruption, Apple’s newest M1 contains 8GB memory on the MacBook Air MGN93 Silver. This unified memory offers a super-fast speed that gives multitasking a whole new look. To speed up the bootup and read/write rate, it provides 256 Gb SSD storage. This storage and ram are enough to fulfill our business or educational needs. Low latency and bandwidth are areas where Apple never compromises.

The latest MacBook Air MGN93 2020 Silver in Pakistan is equipped with a 13.3-inch retina display that offers outstanding display quality. The machine comes with a resolution of 2560 x 1600 pixels. Apart from that, the P3 color gamut support provides more vivid colors that give it an extra edge over its competitors. You can enjoy your favorite Netflix TV shows and movies for long hours on the new Mac Air MGN93. Its detailed display helps you a lot while editing your favorite photos and videos. These display specs offer everything you look for in 2020.

Graphics are the center of attention of any laptop brand in 2020. They have immense importance behind the ultimate success of any new laptop model. The MacBook Air MGN93 is equipped with a 7 Cores GPU. This GPU offers outstanding graphical performance in comparison with its competitors such as Intel’s 11th Gen Iris Xe. Though this 7 Cores GPU isn’t good enough as a dedicated graphics card from NVIDIA or AMD, it lets you play your favorite games like Fortnite and PUBG Mobile on high settings. These graphics offers an immersive and natural experience for your gaming and editing. The new M1 works perfectly with this 7 Core GPU.

The new MacBook MGN93 is equipped with the well-known Magic keyboard in black color. This keyboard offers a decent typing speed. The keys require perfect actuation force for typing. The size of the keyboard and keys are comfortable for everyone, even or those with large hands. Another feature that makes it superior to its competitors is the adjustable brightness of the backlight. You can adjust it any time you want from the slider in the control center. It has a large trackpad with a 4.7 x 3.2 size. The trackpad easily adjusts four fingers at a time for the execution of plenty of gestures like the opening “Mission Control” and switching between full-screen applications.

The other vital specs include Wi-Fi 6 connectivity that offers up to 1.2 GB/s throughputs. It is equipped with Thunderbolt/USB4 for enabling fast data transfer and charging. Additionally, the battery life of this laptop is also exceptional.

If you’re interested in getting this latest Apple Mac with M1 Chip then just click on the Buy Now button and place your order now. Paklap offers the lowest best price of Apple MacBook Air MGN93 (Late 2020) Silver in Pakistan with nationwide free delivery services.