Longer battery life, hands-free Siri voice control and fast switching between Apple devices capabilities, the second generation of Apple AirPods come with plenty of pros. Similar in design to the first generation Airpods, these Airpods 2 (2019) MRXJ2 have significant upgrades and some subtle upgrades.

One of the most consequential differences in the upgrade of the second generation AirPods (MRXJ2) is their ability to recharge on a wireless pad. All you have to do is place the case on the pad, and voila, let the charging begin. The wireless charging works on the Qi standard commonly used by androids and iPhones. After you place the case on the top of the charging pad, you will see an orange light appear on the case implying that the charging has begun. Although the light will turn off after a little while, the charging will only stop once you remove the case from the pad. The wireless charging is a major plus point, considering how the main purpose of AirPods is to eliminate the hassle and mess of using wires and cords.

Another great feature of these second-generation headphones (MRXJ2) 2019 is the Siri shortcut. One does not have to double-tap the Air pods to launch Siri, rather you can just say “Hey Siri” to activate the application, the same way you can on an iPhone. This shortcut provides much easier access to Siri and makes use of the double tap feature for some other action such as playing or pausing music, etc.

Another important feature of the new wireless headphones (MRXJ2) is an easy pairing with iCloud. So whether you are using iPhone, or your iPad, just press play on your desired device it will automatically connect to it without you having to juggle through multiple audio settings.

The Apple (MRXJ2) Wireless earphones come with a new H1 chip which the Apple claims has significantly improved voice call quality; thus making up for the lag in the previous generation. You will for sure notice noise-free, and clear sound without minimum distortions. The chip offers another major benefit of extended battery life. Unlike the previous Airpods first generation, the newer ones can last for almost three hours with one charge only. This is more than an entire hour than the first generation. However, the three-hour time limit is only for talk time. For music and audio streaming you will get a good 5 hours of charge, that’s more than many cell-phones can last.

Considering the design, Apple has followed the same pattern. It has not made any significant changes to the pods or the stems with minimal outlook and white colour. 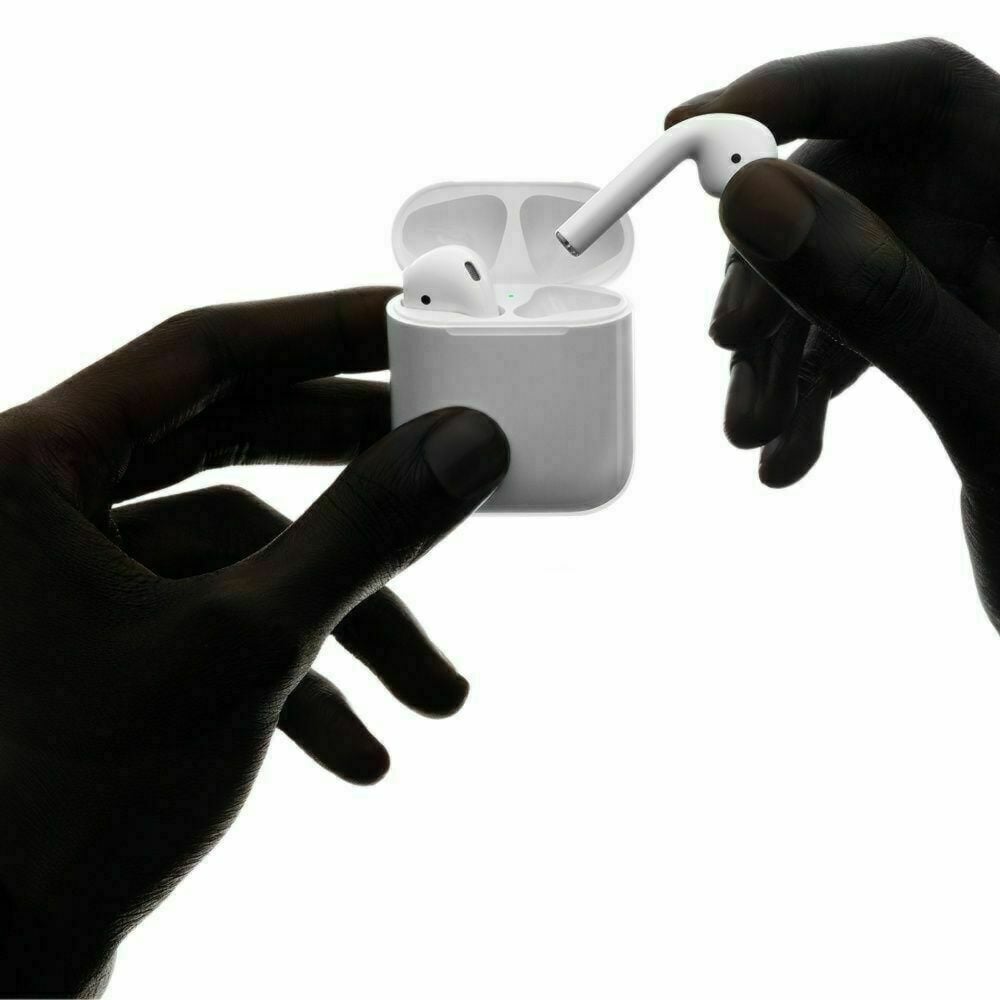 Greater battery life, easy pairing and access, and sleek design, the Apple AirPods 2 are definitely worth having. If you’re interested in getting the new Airpods (2019) then just click on the Buy Now button and place your order now. Paklap offers the lowest price of the latest Apple Airpods 2 (MRXJ2) 2019 Wireless Headphones with Wireless Charging Case.

Write Your Own Review
Customers Who Bought This Item Also Bought