The Fifth-generation Intel Core processors in Mac Book Pro give you extra period to do extra things. Add that to an array of other intelligent and effectual features, and you have an unbelievable number of powers in your hands. 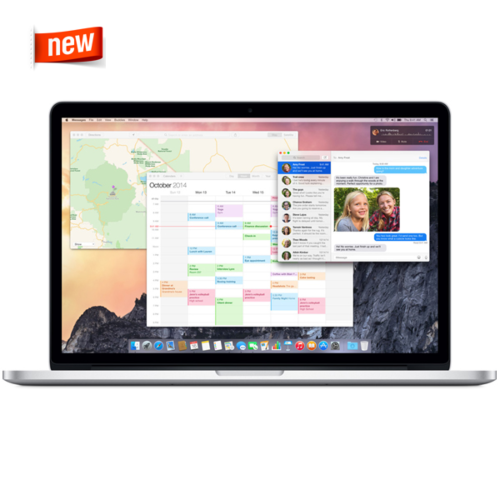 Apple hit the limits of technology to produce a pixel density so high-leveled, you can observe everything you're doing with flawless perfection and make edits alongside find accuracy. It contains the 13.3-inch (diagonal) LED-backlit display with IPS technology. Additionally, it also carries 2560-by-1600 resolution at 227 pixels per inch with support for millions of colors.

The Intel Core i5 or Intel Core i7 processor of the fifth-generation dual-core in this MacBook Pro the 13‑inch with Retina display provides the fastest dual core performance. It carries the speeds up to 3.1GHz, shared L3 cache up to 4MB. Moreover, it contains the Turbo Boost speeds up to 3.4GHz; these processors are prepared for just concerning anything.

The force touch trackpad grab all the skills of Multi-Touch and adds power sensors that notice subtle contrasts in the number of downward pressure you apply. This brings you have a deeper connection to your content, carrying extra functionality right to your fingertip. Furthermore, it’s for pinpoint cursor control and pressure-sensing abilities; empower Force clicks, pressure-sensitive illustrating, and Multi-Touch gestures.

This MacBook Pro features consolidated Intel Iris graphics 6100, which is flawless for both routine tasks and graphics-in depth creative apps.

It has the built-in lithium polymer battery which gives up to 9 hours on a single charge and also provides you up to 1000 full charge and discharge cycles additionally up to 30 days of instant-on standby time.