Be the first to review this product
Rs. 94,999
In stock
SKU
Sony PlayStation 4 Pro 1TB Region 2
Notify me when the price drops

Sony has fueled up the PlayStation series again by launching PlayStation 4 Pro. This fully-charged PS4 is 4k ready so you can play all your latest high-end games with the best possible graphics.

Paklap offers lowest price of PlayStation 4 Pro in Pakistan with an option to pay at the time of delivery. You can place your order by clicking on the BUY NOW button below.

The PlayStation 4 pro has much more to offer with improved graphics and vivid terrains in the gaming world. The latest PlayStation 4 Pro is set to deliver a power packed performance with improved and faster frame rates, than gaming PCs and hardcore action in the games. It has a robust processor, developed by AMD Radeon. Apart from that, it provides one gaming platform and one community for gaming, as all users can connect online on the PlayStation Plus platform for multiplayer gaming. This unites the whole Sony PlayStation gamer’s community.

The Sony PlayStation 4 Pro is a complete entertainment package, which has the potential to deliver up to 4k streaming rate and 4k auto-scaling, as far as video content is concerned. The new checker boarding technique has been introduced by developers at Sony, which vicissitudes the gaming experience.

The PlayStation 4 Pro has set another bench mark in the modern console gaming industry. It has changed the paradigm totally, when it comes to console gaming. It has a specific target audience as far as development of games is concerned. The PlayStation follows certain hardware requirements, so that the developers can easily optimise games. The PC gamers have to face lots of problems, as they have to spend twice as much amount and in return they only get low graphics and frame rates. The ps4 pro has doubled the size of ps4’s GPU. It supports 8 GB RAM out of which 1 GB is dedicated for extra applications while the remainder is reserved for games. These improvements make it far more superior than its previous versions and gives it an edge of 4.2 teraflops making it 2 times faster. There is no problem when the ps4 heats up as it exhausts out of the system – on top of it all, the cooling fans are a lot quieter than the previous version.

After powering up the PS4, you’ll land on the splash screen of the latest ps4 system software 4.0. This piece of software is the latest update to the overall PlayStation enterprise. It has been made available on all the previous PlayStations. The most notable change in the PlayStation user interface, it has been updated to the 4K high definition. This became the most enjoyable feature as some of the televisions don’t offer 4k. The overall UI looks sharp and enticing and takes the gaming experience to the next level.

The system is equipped with standard 802.11 ac Wi-Fi, which is also a nice addition if you want to download a full package of games this comes in handy. The controller has also been redesigned, it lights up the touch pad and is available in matte accents as well.

The developers of PS4 Pro games have to use a lot of workarounds to turn the games from 1080p to 4k. The ps4 pro is twice as fast from the ps4 but it renders all its graphics from a technique called the checkerboard rendering. This is how it makes all the games work in 4k. Some games like Call of Duty: infinite warfare also works on the same checker boarding principle to improve terrain and content graphic quality. The checker boarding technique helps, when you don’t have a TV which supports 4k graphics. Most of the televisions available in the market don’t have 4k technology but it’s the twerks like checker boarding which provide us with a game-changing experience.

Sony is trying to add the HDR for which the manufacturer had high-dynamic-range imaging introduced on the ps4 pro and the ps4 as well. But this feature does not make a difference when you are gaming. The only noticeable difference is, it makes bright things brighter and dark things darker. It looks impressive when your TV supports 4K. But this difference is debatable, and typically tends to vary from person to person.

The Sony PlayStation 4 Pro - 1TB - 4k - Region 2is more powerful than the PS4. It comes packed with several features that are bound to make your gaming experience better than ever. These features include:

WHAT’S IN THE BOX?

The Sony PlayStation 4 Pro (Region 2) is shipped with one dual shock 4 wireless controller. It also includes a state of the art headset which is developed by Sony. A power cable for the ps4 and an owner’s manual. You also get an HDMI cable if you are an AV fan and want an ultimate experience. Other support includes the USB support. Last but not least, the console itself is included in the box.

If the features of the Sony PlayStation 4 Pro interest you, then make sure that you get in touch with us at Paklap right now to get your hands on it at the lowest prices in town! 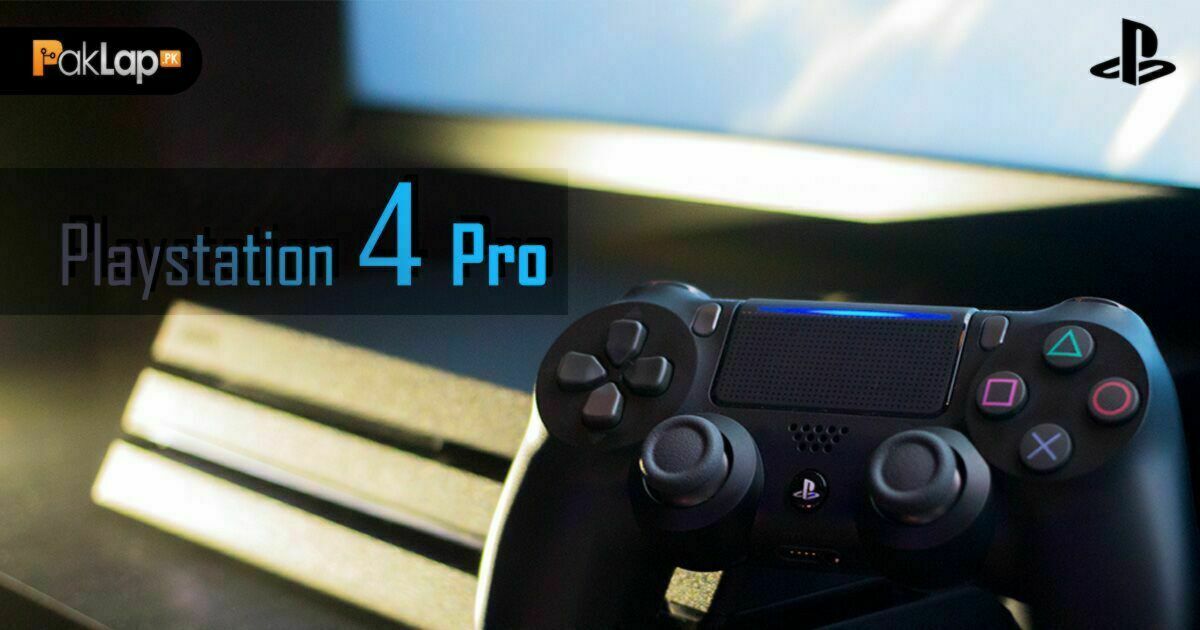