Be the first to review this product
Special Price Rs. 329,900 Regular Price Rs. 395,000
In stock
SKU
HP OMEN 16 C Series
Notify me when the price drops
Sale ends in:
Email
Skip to the end of the images gallery 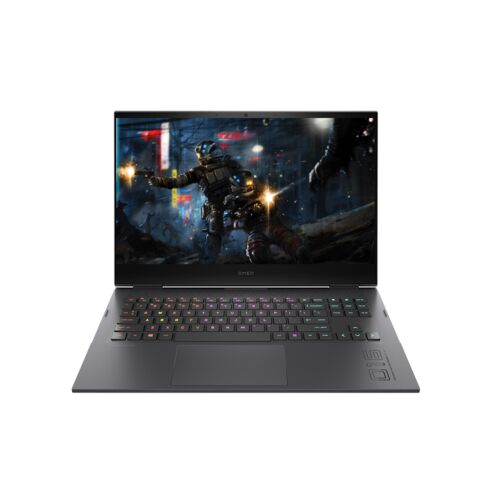 This is the all-new HP OMEN 16 C Series, which is a mid-to-high range laptop, made for gaming, content creation, or demanding usage, like designing or rendering. The C series in HP OMEN lineups consist of the all-powerful AMD processors which will let you take multitasking to a whole new level. Tagged with the latest AMD graphics card, AMD Radeon RX 6600M along with a 16-inches large display to give you an amazing experience but at a premium price. These units are nothing but a beast!

HP OMEN 16 C Series gaming laptops are powered by AMD Ryzen 7 5800H which is a Zen 3-based APUs — AMD's own term, for "accelerated processing units". The Ryzen 7 5800H has an integrated 8-core CCX and twice as much L3 cache as the Ryzen 7 4800H. Despite employing the very same TSMC 7nm production node, Zen 3 also enhances IPC for the CPU cores, allowing AMD to modestly increase the overall clock speed of these devices. The Ryzen 7 5800H features an unlocked 8-core, 16-thread design with 16 MB of L3 cache. On the CPU front, we're looking at a 3.2 GHz base clock and 4.4 GHz boost, giving all the power in your hands.

For memory, it has 16 GB DDR4-3200 MHz RAM which comes as two 8 GB RAMs. This gives you fast access to all your games and work files.

The 1080p resolution is decently sharp on a 16.1-inches screen, which is good for gaming. This Full HD, IPS display has a refresh rate of 144 Hz which is good enough for the most demanding AAA titles as well. Furthermore, this matte screen is capable of delivering a peak brightness of 250 nits and a colour gamut that goes around 45% NTSC.

As the great Uncle Ben once said “With great power comes great responsibility” and to carry out those responsibilities HP OMEN 16 C series comes with a brand new technology that the company calls the SmartShift and Smart Access Memory. Now to simplify what SmartShift does, it shifts power depending on what component needs it, allowing it to increase the overall performance when needed the most. AMD has quoted that it has 14% more power compared to when SmartShift is off and it usually comes on as default.

Through collaboration between an integrated IR thermopile sensor and OMEN Dynamic Power, located within the OMEN Gaming hub, which accurately determines the machine's CPU and GPU capacity in real-time, Tempest Cooling Technology improves gaming performance. This ensures that the system receives power in the best possible way, enabling it to operate more quietly, at faster speeds, and at regulated temperatures—especially when you've been immersed in a game for a long period of time.

The first thing that caught my eye in this model is the design. When you go to get a gaming laptop from the market, it's usually something big and bulky but not with this series, folks. Here we get a classic sleek design that doesn’t scream hardcore gamer whenever you take it outside to a coffee shop or university. HP OMEN 16 is just straight-up minimal and when we say minimal, we don’t mean to call it boring. It has a lot of cool things that make this gaming device look neat. Like the all-aluminum keyboard with RGB lighting and palm rest which makes it pretty comfortable with a slight rise compared to the keyboard making it comfortable for typing or during a hot gaming streak. The spacing and layout of the keyboard make it very efficient to use. Right above the keyboard is a grill which makes you think that it might be a speaker grill but it's just part of the design whereas the speaker is located on the sides of the trackpad. Placing it on a flat surface, like a table, results in more of a surround sound instead of shooting it right towards you.

HP OMEN 16 C Series is nothing new for gamers. They have been in the market for quite some time now and have ruled hearts. If you are willing to buy it then Paklap is the right choice for you. Hit on Add to Cart and confirm your order now.